Visiting Cần Thơ City during the recent Southern Traditional Cake Festival, I was overwhelmed by the sheer number, size, flavours and shapes of the region’s sweet and savoury cakes.

For many decades, artisans in the southern region have preserved the regional art of cake-making, producing an astounding 400 varieties of 150 different kinds of traditional Vietnamese cakes.

Since its launch eight years ago, the festival, which was held from April 12-16, has made great efforts to promote and preserve traditional southern cuisine. Every year, the event is a must-visit site for lovers of southern dishes.

Even though I’m a native of the Mekong Delta, many of the cakes were unfamiliar to me. Among locals and foreigners, chè (pudding) and bánh (cake) are some of the best well-known.

Ordinary and glutinous rice dough is the main ingredients for these cakes, which is often packed in banana leaves and coloured with natural materials like fruits and vegestables.

Though no one really knows when or how the cakes originated, many of them have been passed down through the generations and have been altered or improved.

Nhâm Hùng, a cultural researcher who wrote the book Learning about Southern Traditional Cakes published in 2016, said many of them were created to meet the demand for cakes that could be kept for several days.

“In the past, people usually brought their homemade cakes like bánh tét for working days far away from home where they cannot cook meals,” he said. 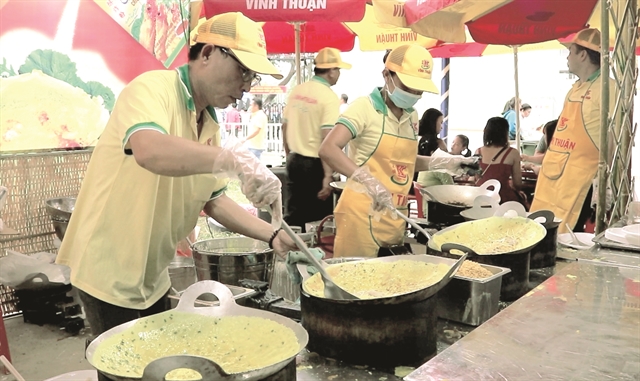 Besides being the biggest rice granary in the country, the Mekong Delta region is also a large source of tropical fruits which provide plentiful raw materials for cakes.

Local materials such as coconut, ripe bananas and mung beans are among the common ingredients.

Hùng said that northerners who migrated southward also brought their culinary culture. For example, bánh tét in the southern region is considered a version of bánh chưng (square glutinous rice cake) from the northern region.

Bánh đa (rice cracker) in the north and bánh tráng in the south have many similarities. Bánh khoái (Vietnamese pancake) is a popular dish from the central city of Huế that appeared later in the south and was transformed to bánh xèo. 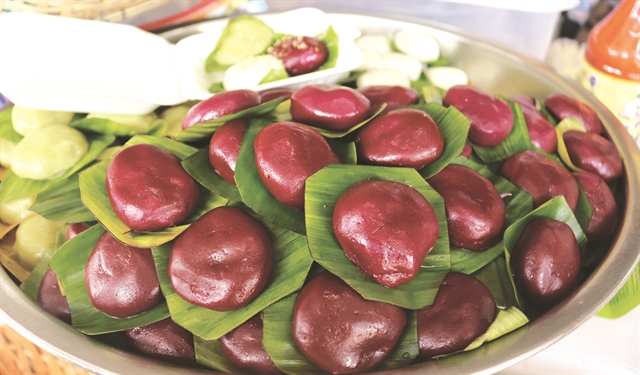 Southern traditional cakes are often made of rice flour with natural materials like fruit, and are packed in banana leaves. —VNS Photo Ngọc Diệp

Southern cakes have been handed down by generations of families thanks to their distinctive flavours. “Each cake and its varieties express the creativity of cake artisans and the adaptation of each generation to changing lifestyles.” 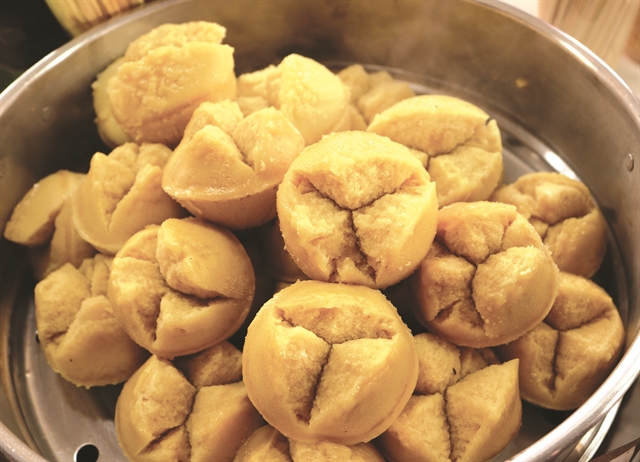 Many traditional cakes can easily be found at local markets, and are also served as a dessert in luxury hotels and restaurants, and during parties.

However, they have yet to find a large consumer outlet, and found mostly in domestic markets.

In recent years, many artisans’ households in southern provinces have been offering community-based tourism services where visitors can make their own traditional cakes and enjoy a cake buffet.

The region has seen an increasing number of foreign tourists visiting the community-based services where they can try their hand at making cakes.

Phan Kim Ngân, a cake maker in Cần Thơ City’s Sơn Islet, said her family welcomes about 100 visitors each day who want to sample the original taste and learn about traditional methods of preparation.

“Learning how to make southern traditional cakes and hearing the origin of each cake are interesting experiences for tourists,” she said. 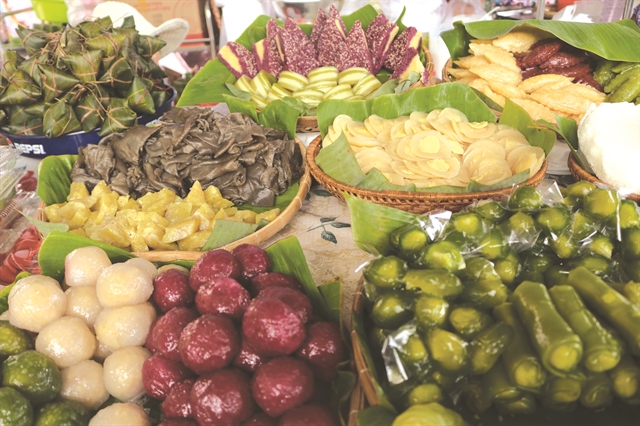 To offer cake makers better incomes, authorities are now considering how they can promote the value of southern traditional cuisine.

Some of the challenges include food safety and hygiene during the cake-making process, obstacles to business development, and the building of brand names.

Cake artisans, who want to export their products abroad in the near future, are working to improve the quality of traditional cakes to meet market demand, consumers' tastes, and export requirements.

Thanks to their increasing popularity, some traditional cakes such as bánh tráng and bánh hỏi have already been exported to foreign markets. VNS